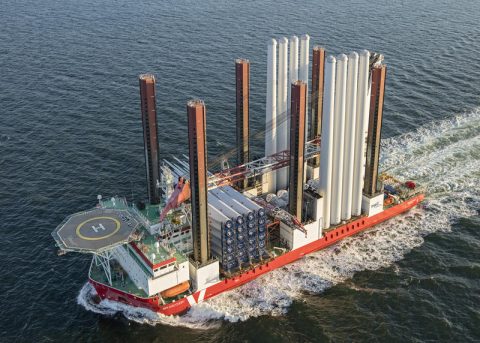 Jack-up vessel
The jack-up vessel MPI Discovery was built in 2011 and was specifically designed to transport, lift and install offshore wind turbines and foundations. Key features on the MPI Discovery include a 1,000-tonnes main crane, plus a 50-tonnes auxiliary crane, a maximum operating depth of 40 metres, a deadweight of 6,000 tonnes, and accommodation for 112 persons. The vessel is 140 metres long and is equipped with six legs to lift itself above the sea level for stable working without the impact of waves.

Renewables is one of the many subjects which will be discussed during the Project Cargo Summit. The full program can be found here.