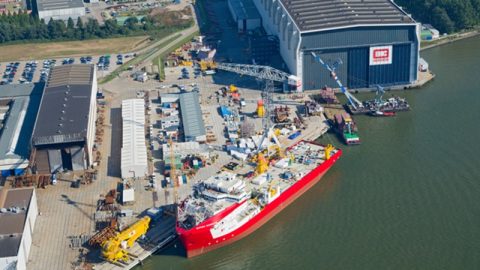 To this end, IHC has signed a contract with the Norwegian parent company of KCI, the offshore company Oceanteam. The amounts involved in the deal have not been disclosed.

KCI will continue to operate independently within IHC. Among other things, the company is involved in the construction of the world’s largest ferris wheel, which will be built on an island off the coast of Dubai.

According to IHC, the takeover is in line with the strategy adopted earlier by the company. IHC recently also acquired another engineering firm: Maritime Design & Engineering Services from Hardinxveld-Giessendam.

How does engineering affect the transport in offshore wind? Are engineers like EPC contractors fully aware of the consequences of their choices? Find out about supply chain innovation and cost management at the Project Cargo Summit.