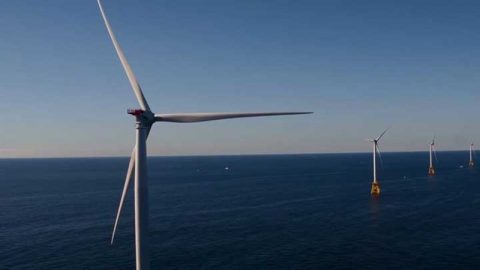 Borssele   Investment company Partners Group has acquired a 45%-stake in Blauwwind, which is building the Borssele III/IV wind farm.

The earlier shareholders Shell, Eneco and Mitsubishi have sold half to the Switzerland-based company. Only contractor Van Oord has retained its original stake of 10%. The stake of Shell has decreased to 20%, that of Mitsubishi to 15% and that of Eneco to 15%. The amount of money involved in the deal has not been disclosed.

In a press statement, Partners Group says it has a lot of experience in supporting wind energy at sea and on land across the globe; two recent examples are in Australia and Germany. According to the group, the Borssele project plays a critical role in meeting the Dutch target of deriving 16% of the energy consumption from sustainable sources in five years’ time.

Shell and Eneco will continue to adhere to the original agreement of each purchasing half of the electricity generated. Borssele III/IV is one of the five 700 Megawatt parks being built by the Netherlands in the coming years. Blauwwind receives 5.45 cents of subsidy per kilowatt hour produced. This is considerably lower than with previously authorised projects.

However, the construction costs of wind farms have now decreased to such an extent that the next 700 MW park (Hollandse Kust Zuid I and II) can probably be built without subsidy. Borssele 3/4 also still needs to be built so it is highly likely that the shareholders will benefit from these decreased costs as well. The park is expected to be operational in three years.

Partners Group was founded 22 years ago by four private investors and nowadays manages a portfolio worth 66 billion dollars. Among other things, the group is involved in real estate, infrastructure, public transport, electronics and solar energy.

Offshore wind is an important market for the heavy lift and project cargo industry. What are the ambitions and strategy of the European Commission to speed up renewable energy? Find out at Project Cargo Summit.