Project Cargo on the Silk Road 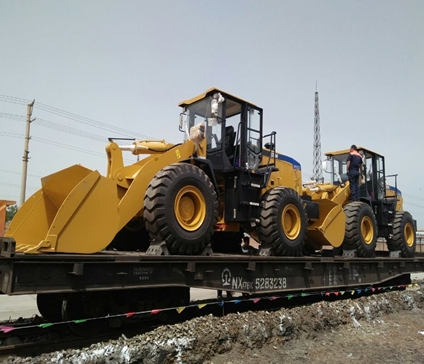 The New Silk Road is a hot item. The rail connection between Europe and China is in the spotlights, though this is
mainly with reference to container transport. Nunner Logistics, originally an Austrian company with its head offices
in the Netherlands, is a successful transporter of conventional general cargo and break bulk to and from Central
Asia and China. Erik Groot Wassink, Director of special products, explains.

The New Silk Road means more than simply transporting containers between Europe and China.
For us at least. The attention paid to the New Silk Road is justified. It mainly concerns containers, even if only because one
or two large electronics manufacturers are using it to transport their goods. Nunner Logistics also transports containers,
though we also successfully use this route for conventional general cargo and break bulk.

You were already active on this route before the ‘New Silk Road’ term became fashionable.
We initiated rail transport to the east back in the early 1990’s, mainly for the purpose of agricultural machines and seed
potatoes. In those days, many Sovkhoves and Kolkhoves were supported with know-how from Dutch farmers, which is why
we transported seed potatoes and machines to Russia, Kazakhstan and Uzbekistan, among other countries.

More than 25 years, what have you learned in that period?
First and foremost, that your own people must keep control of every important point in the route, and especially at the two
points where the track gauge changes, between Poland and Belarus and between Kazakhstan and China. We were already
doing tracking &amp; tracing in those days, though admittedly with the help of a telephone connection. And we still photograph
each and every wagon, before and after reloading. We deliver not only free to terminal, but also free to destination.

What type of return cargo did you have in those days?
There wasn’t really any, except cotton. Instead, one-way containers were often used, and sold after use. That’s certainly
changed nowadays.

The Silk Road is in the news, what’s your analysis?
Firstly, that there’s more to it than simply container transport, as there is a market for break bulk in particular. Secondly, the
southern route is becoming more attractive. Also because of the network being developed to Uzbekistan, Pakistan,
Afghanistan, India and Iran. In combination with the Chinese presence in Piraeus, we’re pretty sure that there are real
changes on the cargo flow cards in the years to come.

Will Rotterdam be affected?
The Netherlands will lose volume, one way or another. Let’s not forget that the ports in the Baltic states are also growing by
now, thanks to their good rail connections with Russia and further east. Nunner’s offices in Russia and Lithuania are also
noticing this shift. Customers now require transport by rail from China directly to Moscow and the Baltic states, where we
previously mainly had trucks driving from the Dutch ports to Russia.

What can you tell us about the rail connection between Western Europe and China?
Railway connections are good in Russia, with the extensive network having been developed to enable the armed forces to
quickly equip all ends of the country. 83% of all Russian cargo is transported by rail, and the rail connections are excellent in
all of the former Soviet Union states. We have our own terminal on the border between Poland and Belarus. That
guarantees us effective handling of the transition from the European track gauge to the Russian track gauge. The trickiest
rail section for us is in Western Europe, due to congestion issues. The thousands of kilometres in Russia, Kazakhstan or
China are often travelled faster than the route between Poland and the starting point or final destination in Western Europe, 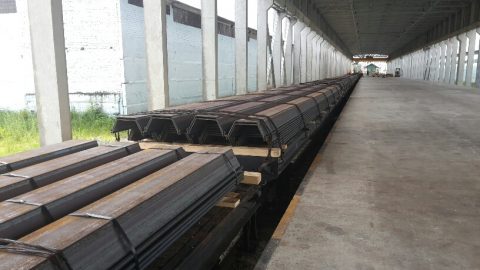 and this is particularly an issue for break bulk.

There are a number of available routes to and from China by now.
There is a northern route, via Manzhouli/Novosibirsk, to the transit point in Moscow and then on to Małaszewicze. Andthere’s the southern route, also known as the Silk Road, via Brest to Duisburg, with branches to Iran, Pakistan, Afghanistan,
India and Turkey.

And you’re active along all those routes.
Together with our partner InterRail, we are indeed active and present with an own footprint on all these routes. It all started with
the rail connection between China and Duisburg, but we’re now also involved in the initiatives and test runs to London and
Riga, as well as the southern branches to Afghanistan, Pakistan and Iran.

Choices in hinterland transport for project cargo is one of the subjects of the Project Cargo Summit on the 24th and 25th of April. Here’s the complete program.