The outlook for the multipurpose shipping industry is brightening. Despite the rising geopolitical risk and economic uncertainty, Drewry forecasts that average earnings for breakbulk and heavy-lift shipping companies will rise 6% in 2020 and continue to improve over the longer term on stronger cargo demand.

The 6% rise in average vessel time charter rates is driven by stronger demand across the entire dry cargo sector, the analyst firm states. Increases will vary by vessel size, with those below 15,000 dwt attaining marginal improvements while larger ships are expected to achieve gains approaching double-digit percentage increases.

The revised outlook is driven by changes in the market. “Although the pace of global economic activity slowed in 2019, it is expected to recover this year and next. Expectations for steel production and trade are positive and, although investment in traditional projects remains weak, the momentum behind renewable energy appears unstoppable”, writes Susan Oatway, senior analyst Multipurpose & Breakbulk Shipping at Drewry.

An important factor in the multipurpose shipping industry is the competition from the container and dry bulk fleets. “Our expectations for the MPV share of general and project cargo is based on assessments of the modal split of that cargo between the three main vessel types. When the competing markets are weak, they not only drive rates down in this sector but they also take a large share of the cargo volumes”, Oatway states.

She expects that competition to soften after the signing of a preliminary trade deal between the US and China, which was announced at the end of 2019 and is expected to be signed later this month.

“For the MPV sector itself we expect little change but there may be some upside from renewed confidence in these competing sectors”, she adds.

Drewry forecasts the growth to continue modestly in the years beyond 2020, although there may be some minor setbacks in 2021 due to slightly higher competition from bulk and container markets again. “But the ongoing trend for the multipurpose sector remains positive and is more upbeat than previously envisaged”, Drewry notes. 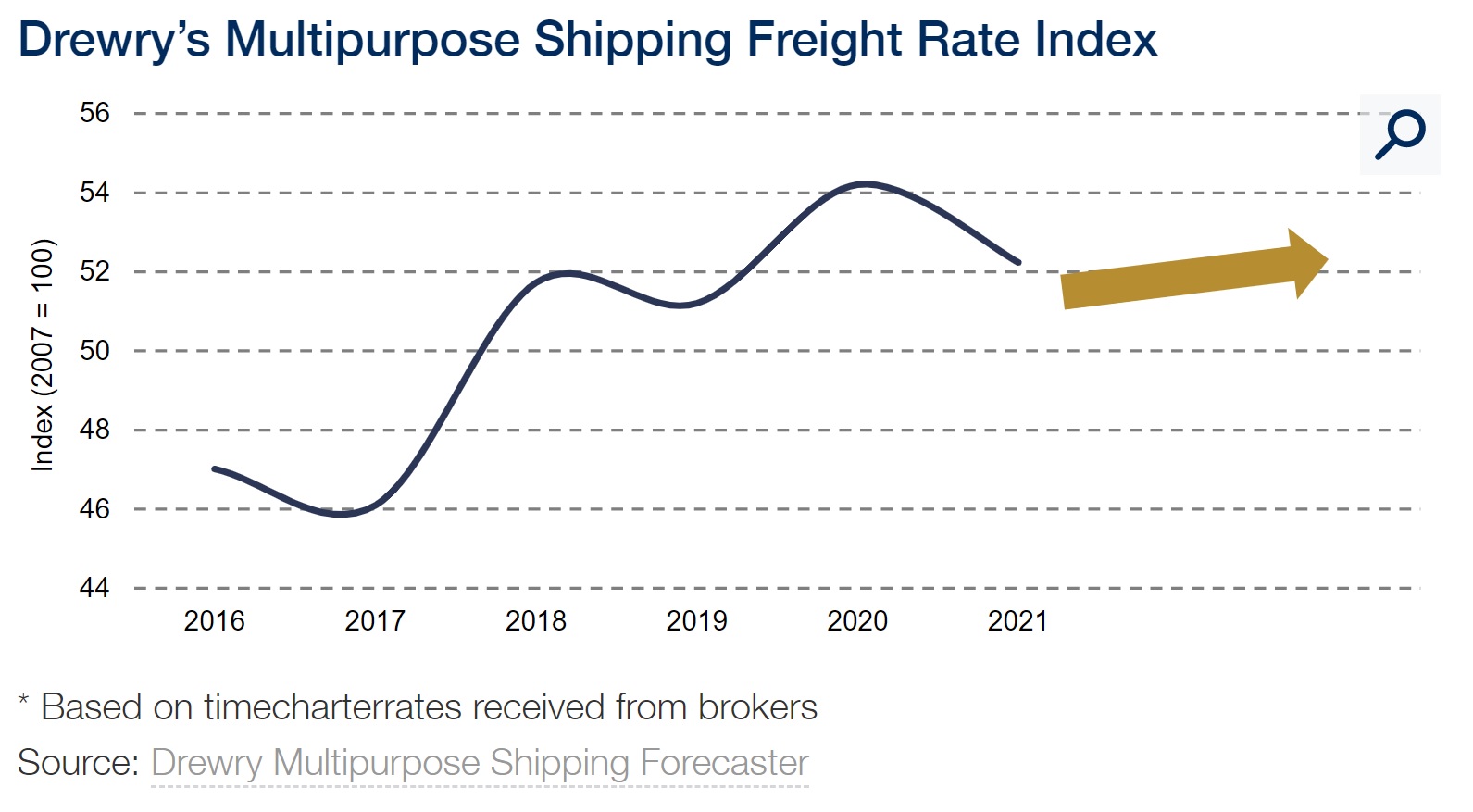