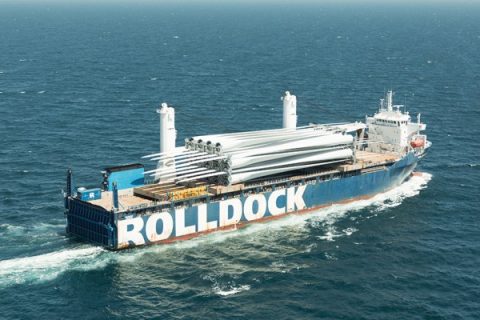 The blades were stored in frames three layers high on the vessel’s tanktops. On the hatch covers, five more layers were placed.

What made this shipment special, according to RollDock, was the fly deck constructed from the vessel’s hatch cover pontoons. This allowed the vessels to stow the blades five rows wide resulting in a per blade costs saving for the client.

At the conference Leonardo Zannier from the European Commission will speak about Brussels’ strategy for renewable energy, for example on and offshore wind. Find out the conference program.