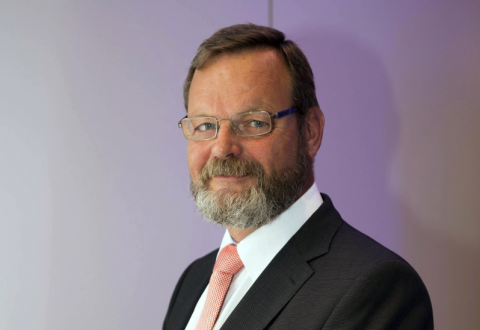 This year, the first pilots for ECOL – the European Crane Operator License – commenced. The courses were be given in the Netherlands, Germany and Denmark. The first certified ECOL operators completed the course in May. The standardised certificate, which is recognised throughout the whole of Europe, has been developed at the initiative of ESTA, the European umbrella organisation of branch associations for abnormal road transport and mobile cranes.
“The system is to be in effect throughout the whole of Europe in 2019,” says ESTA director Ton Klijn. “We strive for the harmonisation of European, and global, regulations, norms and standards. The equipment is becoming more and more sophisticated; consequently, the requirements for staff operating this equipment are also increasing.”

“If you have an HGV (Heavy Goods Vehicle) driving license you can drive a mobile crane on the road across Europe… but you are not permitted to perform lifting operations. Each country requires a separate certificate for this. For example, a so-called TCVT certificate is required in the Netherlands.” This certificate is issued by the Vertical Transport Certification Association (Stichting Toezicht Certificatie Verticaal Transport).
At present, the certification requirements still vary greatly from country to country. Ton Klijn: “In the Netherlands it takes 240 hours to become certified. In Italy this is only sixteen hours and in Greece you can even operate the crane without operator certification.”

Permits
ESTA also advocates a smoother permit granting procedure for heavy transports. “In this area, the rules differ from country to country as well. Under certain conditions, hauliers in the Netherlands can apply for the permit online at a central window. In Germany, each federal state however has its own rules.”
“Until recently, there was a four-week waiting period for the so-called paragraph 29 permit; this has been extended to eight weeks. The reason: insufficient capacity at the licensing authorities. But now, many companies want certainty and are actually applying for a transport license much earlier. As a result, the government has many more permit applications to process.”

Corridors
The introduction of special transport corridors for heavy road transport would not only simplify the permit procedure, but it would also make it easier and less costly to adjust routes. “We advocate through-routes with a window of preferably 8 by 8 metres and 100 tonnes gross weight,” explains Klijn. “This benefits both the government and the sector. The need for permits and police escorts decreases and as transporters, we no longer need to continuously dismantle and reassemble street furniture and make other adjustments.”
The business community is positive about such corridors; the decision is up to the government. “As an economic factor, heavy transport is too small. The turnover of the sector in Europe is estimated at 2.5 billion euros. Quite a considerable amount, true, but only modest in relation to the total transport in the European Union,” says Klijn. He estimates that European providers of heavy road transport spend 400 million euros a year on permits, route surveys, the dismantling of obstacles on the route and the deployment of transport escorts.

Appeal to shippers
Klijn also appeals to the shippers and manufacturers of the project cargo that is hoisted and transported by his members. “Consult with the transporter in an early stage. In construction and forwarding, mainly the price is leading. In petrochemicals and chemicals, there is much more cooperation between client and crane company. Logical: the cranes stand right in the middle of a plant; if anything goes wrong, the damage would be unimaginable.”
But manufacturers should also already consider transport, for example in the design and engineering of their products. “Those last 5 centimetres can make a huge difference in transport costs. Can you pass through somewhere or not? Do you need to take a detour or demolish something along the way? There is still a lot of potential for cost reduction here.”
ESTA director Ton Klijn is one of the speakers at Project Cargo Summit on the 12th and 13th of September in Rotterdam. He will be participating in the segment on hinterland transport. Ton Klijn is also a member of the advisory board which is involved in the program content.