Rotterdam is ready for growth project and offshore cargo

In the coming years, the market for project and offshore cargo is set to grow significantly in Europe, expects Emile Hoogsteden. According to the Vice President Containers, Breakbulk & Logistics of the Port of Rotterdam Authority, Rotterdam is ready for this. “In addition to the already existing capacity, we have created additional capacity through Offshore Centre Rotterdam at Maasvlakte 2: 70 hectares on deep water for extra large vessels and cargo.” 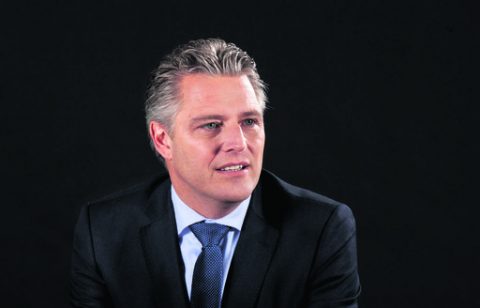 Offshore Centre Rotterdam (OCR) is strategically located in relation to the wind farms that are to be built in the North Sea and to existing oil and gas platforms. “Central and in the middle of the sea,” says Hoogsteden. The land has already been raised and the Port of Rotterdam Authority (PoR) is currently talking to various parties about setting up operations at OCR. “There is a lot of interest. Actual handling can commence here from 2019.”
“We are in a good position. All the knowledge and expertise for handling project cargo is present in the port. From stevedores to freight forwarders, parties that can secure cargo and other service providers. For example, we have the largest fleet of floating cranes in Europe. That supports our position in the market. When it comes to the heaviest loads and the largest pieces, Rotterdam is more or less an obvious choice,” says Hoogsteden.

Hoogsteden is one of the speakers at Project Cargo Summit that takes place in Rotterdam on the 12th and 13th of September. At the event, he will discuss recent and future developments in the port.

World-class players
“The port has world-class players for all matters offshore-related… whether oil & gas is involved or offshore wind, decommissioning or mobilisation: everything is available. In addition to Offshore Centre Rotterdam, we are also investing in capacity and infrastructure at terminals in the existing port basins. For example, we have added additional quay space at Rhenus Logistics at the Maasvlakte and we will ensure that RHB Stevedoring, Broekman Logistics, Metaal Transport and J.C. Meijers get extra space and handling capacity.”

Hinterland connections are another strong asset of Rotterdam. “For the supply of project cargo from the hinterland. We are easily accessible by road, water and rail. For the sixth consecutive year, the Netherlands has been selected by the World Economic Forum as having the best port infrastructure.”

Active role
PoR has opted for an active role in the market. “In our capacity as port authority, we ensure that the facilities are in place, that the preconditions are such that companies can be successful. As a result, operations can be performed quickly and efficiently, but also with great care and reliability.”
“But we for example also focus on attracting liner services; the cargo will follow automatically. It however is a chicken-and-egg situation. Return cargo – such as steel or non-ferro – must also be available to attract shipping lines. In this way, we are especially trying to win extra volume in terms of smaller project cargo.” In recent years, the Dutch shipping line Nirint Shipping (formerly in Moerdijk) and Sea-Cargo from Norway (instead of Amsterdam) are among the companies that have opted for Rotterdam.
“It involves a joint effort by all parties in the port,” concludes Hoogsteden. “Together with the companies, who are in regular competition with one another, we are trying to make the cake as big as possible. Ultimately, this benefits all parties involved.”