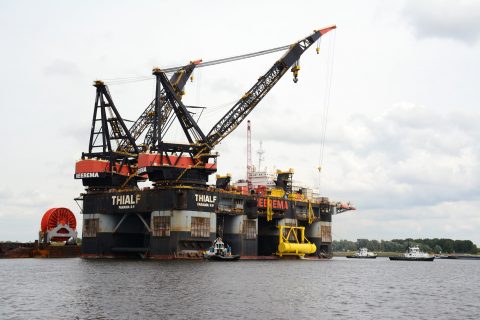 Heerema Marine Contractors announced that as a further step in its strategic transition the company will discontinue its offshore pipe lay activities. The decision follows a further review and commercial evaluation in early 2018 of HMC’s current position in ‘the highly competitive pipe lay market which continues to suffer from significant overcapacity’.

Following this strategic decision around 350 permanent jobs in Heerema Marine Contractors will be phased out with compulsory redundancies unfortunately being unavoidable. All changes are subject to consultation with relevant stakeholders. As a first step the company will seek advice from their Works Council in The Netherlands.

The announcement on 24th of April represents a further realignment of the company, first set in motion with the restructuring in the last quarter of 2017, related to the unfavourable market conditions and low investments in the oil and gas industry. Following the termination of the pipe lay activities Heerema Marine Contractors will be focusing entirely on its core business of Heavy Lift, Decommissioning and Renewables.

Heerema Marine Contractors’ intended future set up will be structured around the business areas of transport and installation of offshore structures, decommissioning of platforms and the execution of projects in the renewables sector. As part of the sharpening of its strategy the company’s board and management structure will be simplified and streamlined. During the transition period Pieter Heerema (chairman) will take up the additional role of chief executive of Heerema Marine Contractors prior to the appointment of a permanent CEO.

Pieter Heerema: ‘Dictated by the difficult market conditions we have to change into a different kind of organization. I deeply regret the consequent loss of trusted and professional colleagues who have helped building our strong reputation in the offshore (pipe lay) market. At the same time we have to continue our process of transforming into a marine contractor which is leaner, more efficient and capable of benefiting from the opportunities the offshore market still represents.