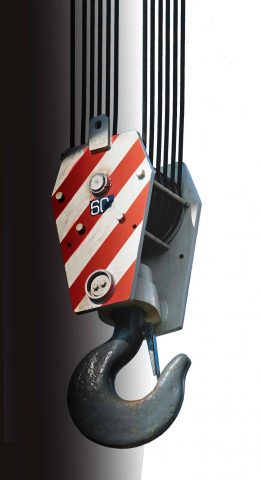 Until shortly after the war, the Netherlands had a large number of authors who would romanticise life in the ports and at sea. They told their exiting tales about dredgers in Sliedrecht, tugboat captains or tough sailors in a way that made many a reader overflow with patriotic pride.

If we roughly define breakbulk as cargo which is not liquid, not a bulk product and not able to fit into a container, then we might just still catch a glimpse of those burly port workers of yesteryear as they descend into the hold carrying cargo on their shoulders. Those days may now be over, but breakbulk still generates a relatively high degree of employment per cargo item. After all, the loading and unloading of cars, sailing ships, silos or special cargo for the offshore sector is more difficult to automate or mechanise than the handling of containers, grain or oil.

For this reason, the port of Amsterdam is giving breakbulk the red carpet treatment, backed by the fact that it already has 750 years of experience in this sector. In short, a living nautical tradition. The capital’s port authority states that breakbulk activities generate ‘a lot of added value for the region’ because the products in question ‘pass through many different hands’ during handling.

It is therefore not surprising that the various North Sea ports see breakbulk as an interesting growth market and are announcing new activities in this segment. The Zeeland ports have for example already held a strong position in offshore for many years, but now IJmuiden, Amsterdam and Rotterdam are also trying to further expand their activities in this field. And various ports are already active in car transport. However, all these Dutch successes cannot diminish the fact that Antwerp holds a particularly strong position in breakbulk.